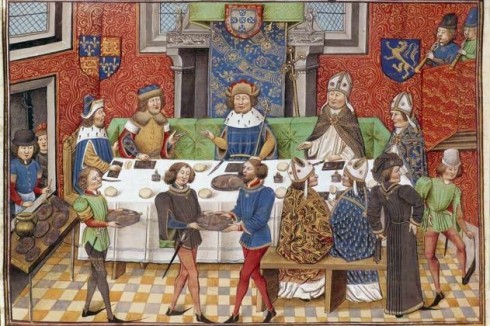 My darlings, it’s that time again, when we sacrifice a part of our daily bread to celebrate the sacrifice our saviour made for us all. I don’t know about you, but we here at Lady Matilda’s sometimes find it trying, attempting to keep a family healthy and entertained, fed and safe, while also shielding them from that bothersome pestilence that’s been floating around.

But fear not, dear readers. As you’d expect, we’ve done the work, so you don’t have to. Here are the ways we’ve found to make your celebrations happy and healthy!

We all know why we celebrate Easter, but did you know there are some who say our traditions actually came from our long-dead ancestors? The bishop has, of course, forbidden anyone from speaking of it, but we here at Lady Matilda’s flout the rules for our readers. The word Easter, they say, is from the word for an ancient goddess, Eostre. Our own venerated historian Master Bede states “Eostre was a goddess of spring or renewal.” 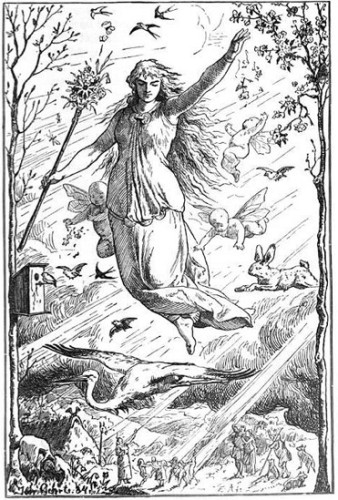 Apparently, she really liked eggs. And rabbits, for reasons the bishop would like me to refrain from discussing during mass.

(The word Lent is also from our ancestors. It comes from the ancient word Lencten, which means Spring.)

Why All The Eggs? 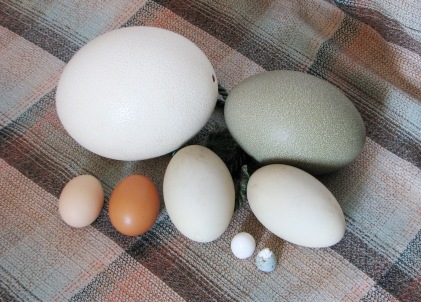 While researching this article for you, my dear reader, I stumbled across a monk with an astonishing memory. He had overindulged in ale the previous night and had decided the stairs to the monastery library would make a convenient bed, which is where I stumbled over him. Once he’d woken and bathed, he shed light on a particular topic: eggs.

As mentioned below, we give decorated eggs to our friends and family to honour the sacrifice of our lord. But why eggs? Why not a nice hat, or a new pair of boots?

My new pious friend shared these forbidden details with me (it’s quite amazing what thinking aloud will accomplish, especially if thinking about mentioning a certain monk’s imbibing habits to the bishop!): 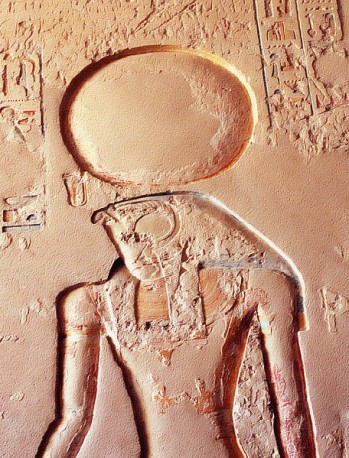 In the spring, when all discard the cloak of winter’s cold, suddenly green is everywhere. New plants are born in the herb garden, and new crops appear in the fields. And new eggs appear in every nest. Is it any wonder eggs are associated with this time of year?

One last thing: why eggs? Because we just have so many! With eggs off the menu for the 40 days before Easter, they DO tend to pile up. So, we boil them and store them to eat later. They’re the first thing my darling children reached for when we returned home from mass last Easter!

All meat, eggs, and dairy needs to be eaten before Lent so this is the time to really shine in front of your neighbours! Invite them over for lavish lunches or delightful dinners and show them what you can do with an old side of ham and a few chickens!

Lent can be difficult. While there is the knowledge that one is gloriously suffering as our lord did, there IS still the issue of meal planning. But with a little creativity, you can sail through your 40 days like Noah did for his!

Let’s talk fake food. Real food, crafted by your own loving hand, that isn’t quite what it appears.

Eggs – while waiting to eat the real tasty and transportable treats, you can still have some fun with fake eggs:

Or try making your favourite dishes but replace the meat with fish. Like my famous Viaunde Cypre. I normally use ground chicken or pork mixed with almond milk and spices, then stiffened with rice flour. But during lent, I substitute crab or salmon for the chicken or pork. My family can barely tell the difference! 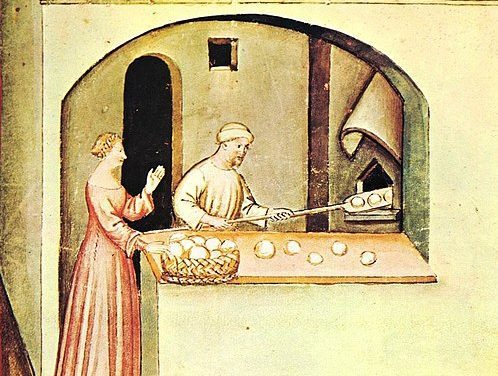 Of course, there are always traditional Lenten dishes every woman knows, as well as the traditional fish-day recipes that are oh-so-perfect for Lent. To make a small pie:

– You can also stew in some in wine or just pop it in the oven to bake for a while. A real family favourite! 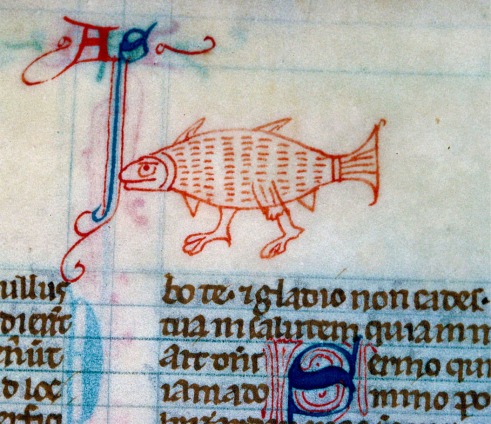 (My sweet boy Geoffrey may be getting tired of eating fish, I found this drawing he made on his homework.)

A few days before Easter is a good time to decorate your eggs. Boil them in onion skin to give them a golden sheen or wrap them in ribbons. Or you could do what King Edward of memory did, and hand out 450 gold covered eggs to his retainers. 18p he spent! 18p!

Easter Morning – We Made It 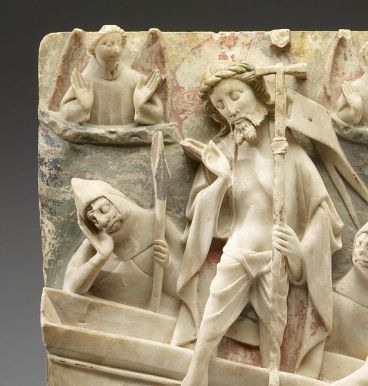 Finally, it’s the glorious dawn of our saviour’s resurrection and you’ve made it through the dark, dreary 40-day period to emerge victorious! (Or ‘solstice’ if you’re one of those odd bearded men in robes who hang around the old stones in the field outside town.) But don’t get too carried away just yet! There’s still Easter Mass to attend and the new rector insists on prompt attendance. A few things to help you get through: 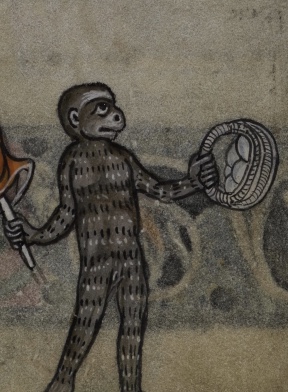 That’s it for now, we hope these tips have been helpful. From all of us at Lady Matilda’s, have a safe, happy, and plague-free Easter!

The recipes I’ve mentioned above are translated by myself from the originals below.

(From The Forme of Cury, Samuel Pegge, Forgotten Books, 2008)